My name is Nobamba BA Lebo Zulu, I am a father of 5 children and four of them attended school at Royal Schools. My children have been learners at Royal school since the school first opened its doors in 2016 at Royal School Alberton.

Joining the Royal school family was a life changer for all my four children as my two boys matriculated in 2020 and my two little girls are still with Royal school Sky City.

My experience with Royal schools has been smooth sailing as the management of the school is very accessible from the CEO down to the receptionist. The front of house management (administration staff) is very friendly and helpful; they make it easy for parents to want to be part of the family.

The CEOs newsletter and the D6 communications channels are also very valuable as they keep all the parents and learners up to date with the school activities.

The school’s principals (both at Royal school Alberton and Royal school Sky City) are master academic managers as they walk every learner through his/her academic strength and weaknesses and make sure that the pass rate remains between 98 and 100%. This is the kind of school management that every school in the country would love to have.

The educators pay attention to the last detail with the learners and they live no stone unturned as they go to the extend of having one on one meetings with each learner to get better results.

The learners at Royal school are a living testimony of what academic discipline is. I have personally experienced the academic vibe at royal schools through my children as they have improved a lot academically since we became part of the Royal Schools family.

It fills my heart with joy to say that I’ve found a family at my school where our teachers have not only played the prominent role of being outstanding educators, but they have taken it upon themselves to be parents to all of us as learners and I’ve found myself brothers and sisters in my fellow matriculants.

The open-door policy of the school has made it easier to ask for help in all aspects of life as the teachers have been easily approachable. Although our motto has been: “I’ll be there 2021” truth is, every educator has been there from day one.

One of the many things I love about the school is that the management team has always been hands on, our voices as learners have been heard and every grievance addressed responded to effectively. 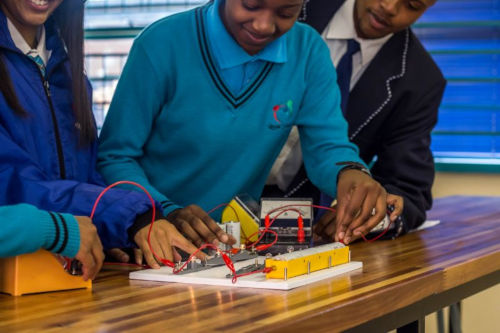 Personally, my character has grown immensely over the years and I believe some of the experiences I’ve been through are what have contributed to the shaping of my personality and the person that I’ve become. Some of my best memories were created here at this school, our school concert being one of them.

Another thing I love about this school is that there is a time to work and a time to play (it’s not all work and no play).

Last but not least, it has been both an honour and privilege to be part of a school that prides itself with perseverance, integrity, caring for people and most of all excellence. These are all values instilled in us as learners and the school doesn’t only talk the talk, it walks the walk.

I remember my first day at Royals Schools Princess Park as if it was yesterday. My parents did not even drop me off at the school. I had to find my way in all by myself. I was so shy and it felt like a lifetime to get to my class. I was welcomed by my favourite teacher. Mr Mike made me feel at home and comfortable. On the first day of school Mr Mike took his time to get to know all of our names. I immediately felt part of the Royals family.

To this day I will never forget the way I was welcomed at Royal Schools. On the first day I was given a Bible that we would read from every day before we started with any school work.

Royal schools taught me to be independent woman and my fears were conquered through the way we were taught and raised by our teachers. We were raised to stand tall in public and never be ashamed off where we come from. To this day I still stand tall and proud to be a product of Royal Schools.

Today as an employee of Royal Schools I still carry the values of the school with me in my workplace. I thank Royal Schools and the teachers that taught me and moulded me into successful hard working and values-driven person that I am today. 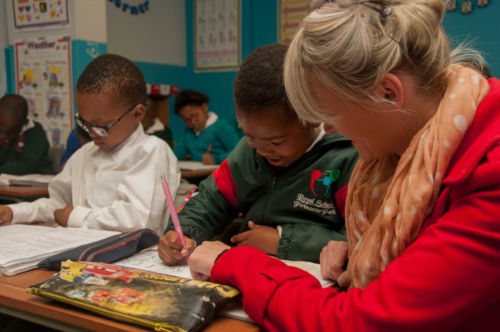 I am Nontobeko Precious Ndinisa. I matriculated from Royal Schools Princess Park in 2013. My school days were the best days of my life. I clearly remember my first day at school. I can still feel how warmly I was welcomed at the school. That day truly defined the importance of my school career.

As a child, I was motivated and shaped by the best teachers. I remember the love and support I got from my teachers. That is the reason why I will always treasure my school memories for life. I never thought that a school can have such an impact on one’s life.

The school and the educators truly believed in every single one of us. Royal Schools always prioritised the needs of its learners and staff. They helped me to grow as a person. In 2018 I started working for Royal Schools. I have learned so many skills and values. I truly admire the school leadership and appreciate the role that they have played in my life. 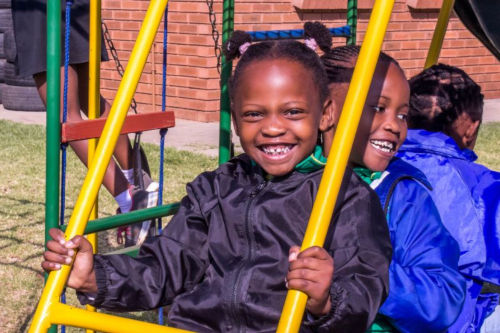